A collection of my photography showcasing some of my finest images to date.
Read More 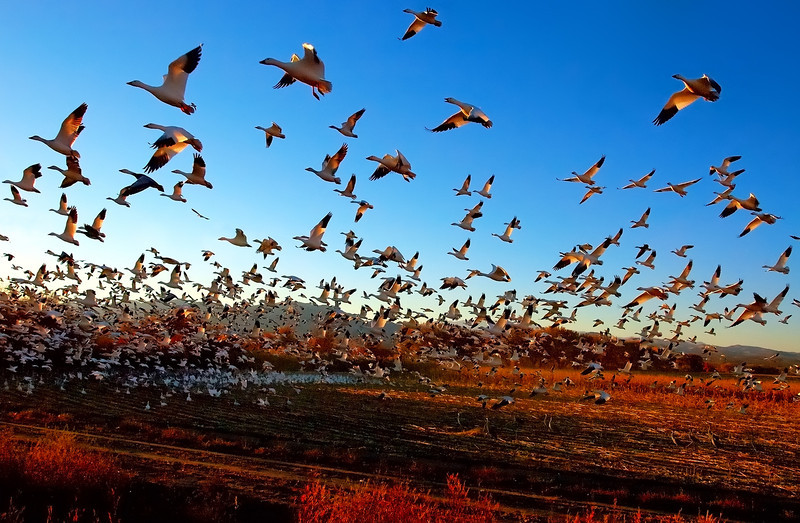 Fright Flight of the Snow Geese

Update time on the stolen photo! The contest has disqualified the thief's entry and I think we are on our way to a happy resolution. Thanks to those who offered advice and emailed the contest!

I found out last night that some nitwit stole this photograph and entered it into a Jeep photo contest in Mexico. I found out because my image won first place ( http://www.mexicodesconocido.com.mx/yosoyjeep/ ) netting the thief a free vacation (not overall grand prize, so really my image came in second) and people started emailing me about it. So now I've reached out to Jeep and am hopeful with Chrysler being a major business that they will not want to award a prize to a fraud. Sadly, the early signs are it's going to be a pain to get them to right the situation.

This has opened up a can of worms on sharing media online and whether watermarking is a good idea or even effective (esp. if watermarked tastefully). Anyone want to give their thoughts on the subject? In some ways, I sort of chalk up online image theft as inevitable if you post images online and someone wants one badly enough. On the other hand, before I had my images online I sure didn't have 3.5 million views on my work either so the entry cost almost seems worth it. Perhaps it's just the cost of doing business in the digital age? Am I hopelessly optimistic/naive?

In any case, I'm flattered my image was chosen for the prize in such a large photo contest (over 14k entries). The internet is a crazy place!

Original posting from Jan. 2007 below:


A feeding flock of Snow Geese take flight after being scared from the cornfield at Bosque del Apache National Wildlife Refuge in New Mexico. Often it's a coyote that spooks them or other predators. While not equal in flock size to the morning fly out, these "fright flights" are an impressive spectacle in and of themselves.